In lieu of our usual newsletter, this month we have chosen to give voice to a very dear friend and colleague, Jason Carr. After graduating from the Savannah College of Art and Design in 1997, Jason went on to tour the southeastern states as a musician until 2004. While touring he began working as a Carpenter. Jason met Dan Hanson while working together in 2006, and has been a talented and highly respected Lead Carpenter on our staff since 2011.

Jason has recently been diagnosed with the rare disease, amyotrophic lateral sclerosis, more commonly known as ALS or Lou Gehrig’s Disease. His symptoms and subsequent diagnosis have made it difficult for him to work. We regret that he has had to permanently step down from his Lead Carpenter position at HBR.

Although this is an unfortunate turn of events, Jason continues to encourage others to remain positive in the face of adversity. He is an inspiration to all of us at HBR. We share this information to not only help raise awareness about ALS, but inform those who wish to help Jason and his family. It is our hope that Jason’s words will also reach others dealing with their own health concerns. A life-changing disease can happen to you or someone close to you, but you are not alone. 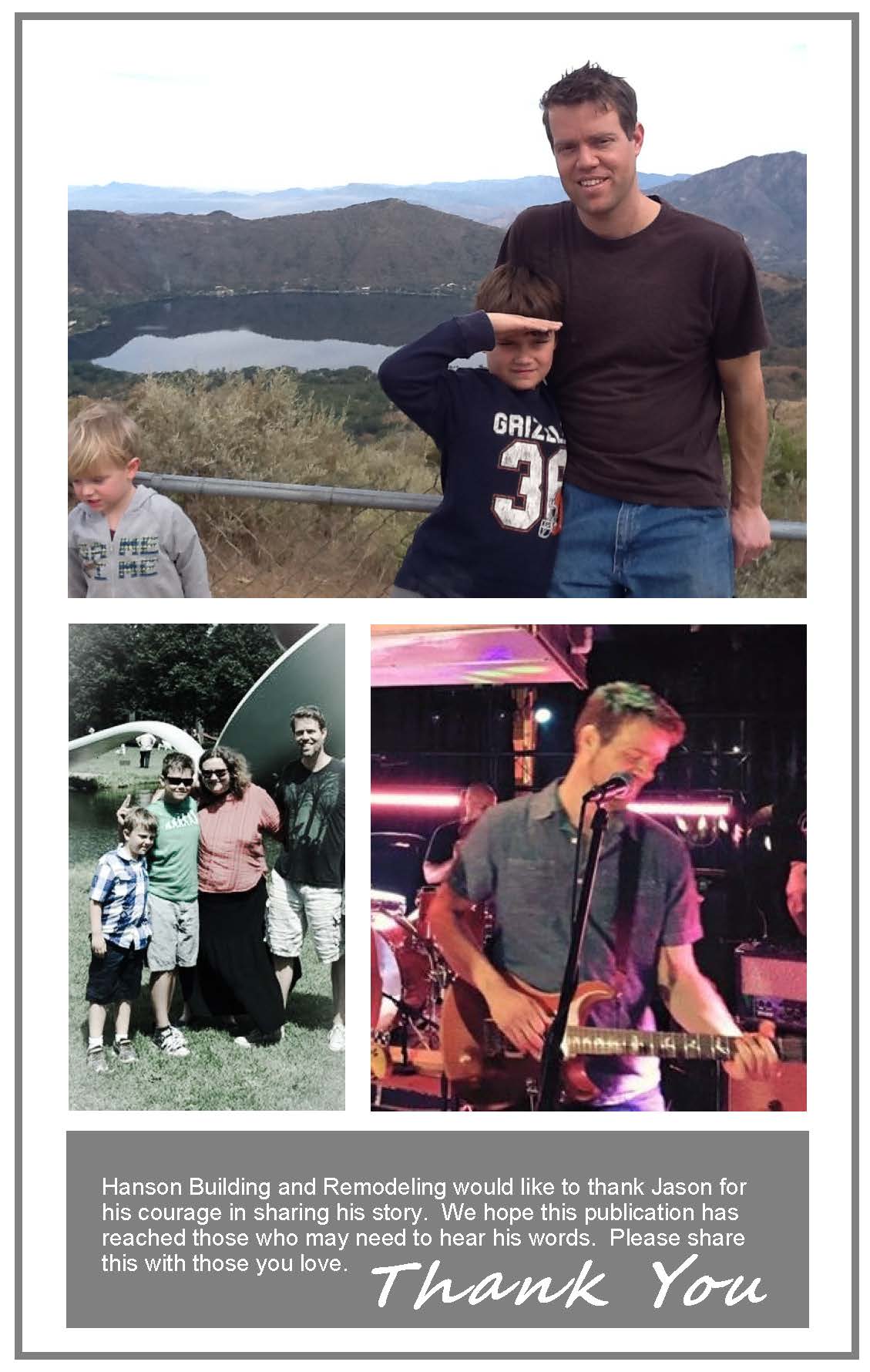